Aim of the practice: To develop muscular endurance in the duel. The players are required to perform a high number of soccer actions, both on and off-the-ball and both in the attacking and defending phases.

Number of players: Two teams of three players each.  One player from each team working and the other two on the perimeter recovering actively.

Workload:  Blocks of thirty seconds each with a period of one hundred to one hundred and twenty seconds of recovery in between.  The number of blocks vary according to the period of the season we are in and also to the soccer fitness level of the players. 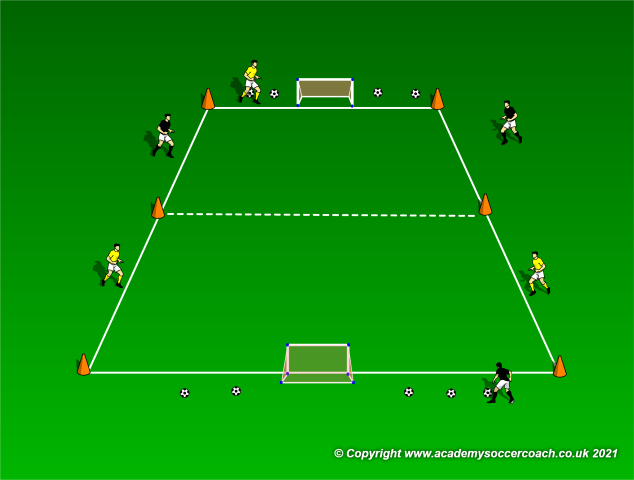 Both the player starting the attack and the defender start from their own goal lines close to the goal they are defending.  In the opposing half of the practice area the attacking player has a support player on each side.  The support players are the players actively recovering between blocks. 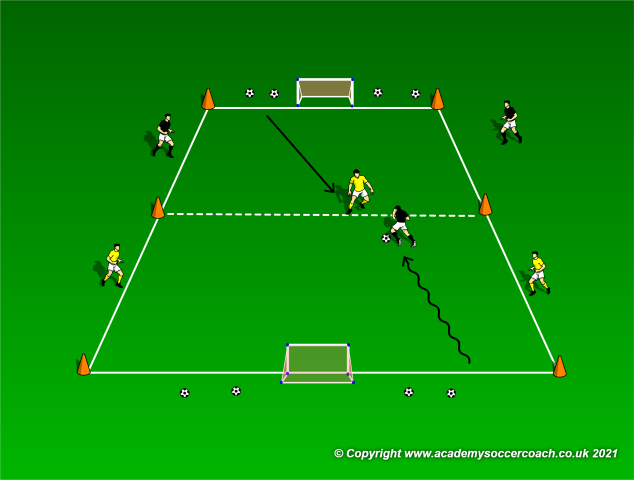 The attacker dribbles the ball forward and can only score from inside the defender’s half of the practice area.  Immediately after the attacker starts the attack, the defender becomes active. 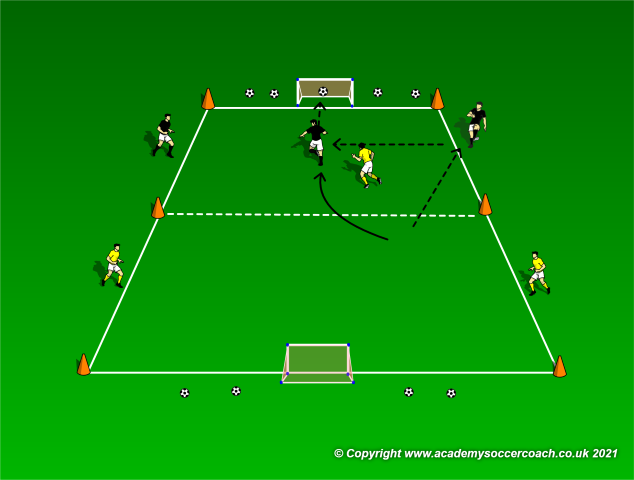 The attacker can decide to dribble past the defender or combine with any of the supporting perimeter players to score.  Should the defender win the ball she counters on the opposite goal from inside the opponent’s half. 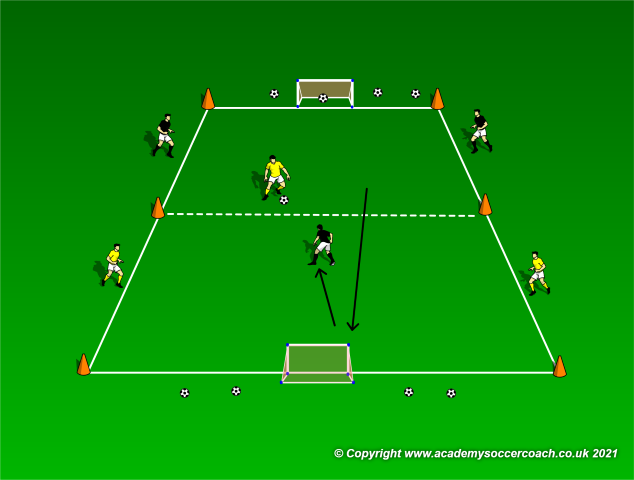 If a goal is scored the defender who suffered the goal sprints back to her goal line to take another ball and initiate the new attack.  The attacker now becomes the defender and sprints back to touch her mini goal post to then defend against the new attacker.   This procedure also occurs if the ball goes out of play.  In this situation the player who made the tackle and won the duel is rewarded by restarting play as described.

Progression 1: Instead of restarting play in the way described above.  The player who is now on the attack receives the ball from one of the two teammates on the perimeter (the player should be pre identified before the start of the exercise) to simulate a quick counter attack.

Progression 2: As in progression one but the coach restarts the game by putting another ball in play.