The presented game is aimed at improving players’ ability to produce more high intensity actions throughout the game. This is achieved in a conditioned game which has elements of defensive transition, combination play as well as recovery runs. The organisation of this practices challenges players to react quickly when losing possession as well as combine play to attack upon winning it. This small sided game has some major tactical trade-offs, however the main area of focus is the physical corner. This practice is well suited for intermediate and advanced players.

Organise 30 x 40 yards pitch with two goals on the opposite ends. Mark out half way line. Divide the players into two teams of 4. Set goalkeepers in goals. The area size may be bigger if more players are involved. Prepare supply of balls. 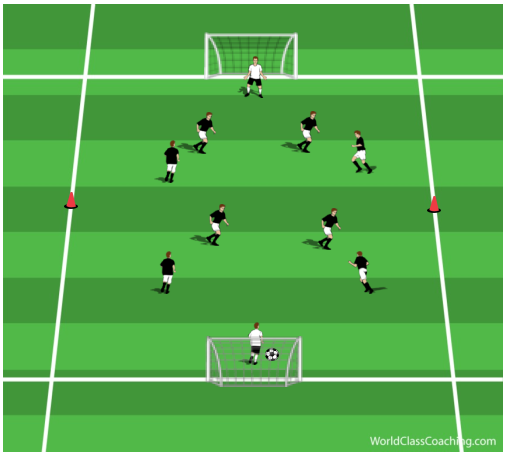 The game starts with a goalkeeper playing out to one of the players from his team. The aim of the team in possession is to score in the opposition goal. Normal rules of football apply. 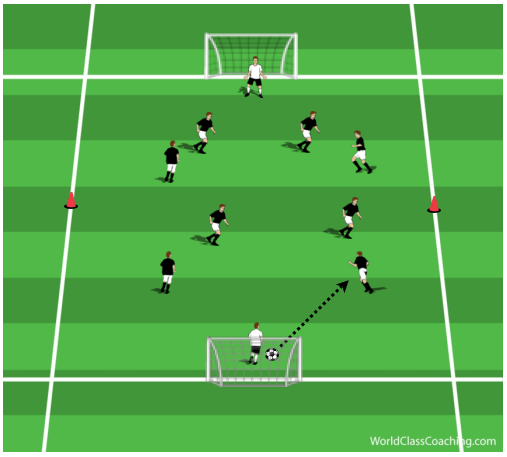 The condition of the game focuses on the moment of losing possession. If the attacking team loses the ball whether it’s after tackle or interception, all of the players from that team have to touch the line by their own goal before they can defend. 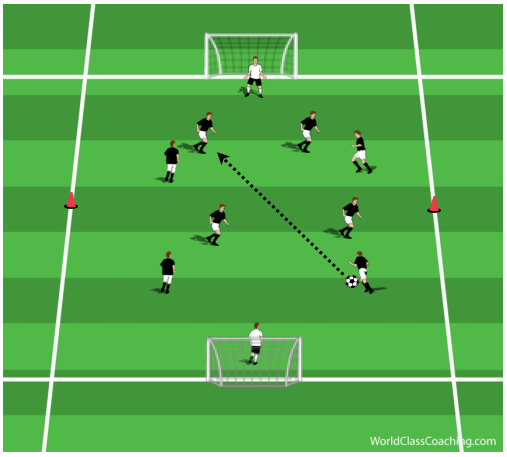 As we can see below, the reaction of the team that lost possession is to make a sprint towards own end line. The team that gained possession in turn, has to make 3 passes before they can attack and shoot. 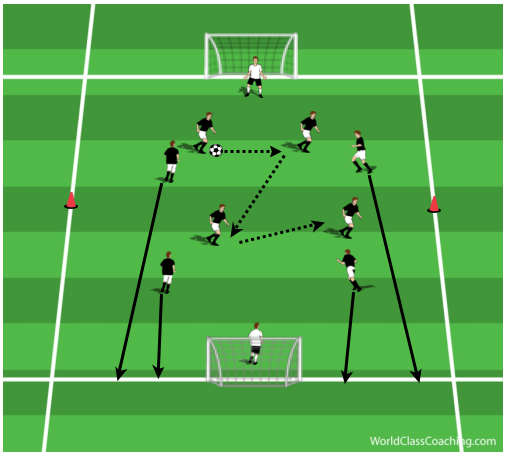 The challenge for the defending team is to apply pressure on the attackers as soon as possible to prevent shots on target and their progression forwards. 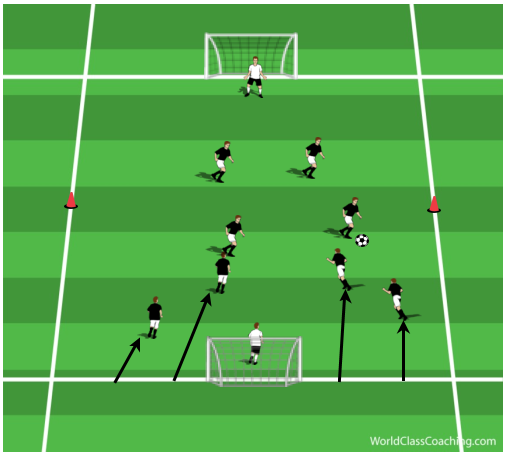 The game should be played 3 minutes and repeated 6-10 times in 2 series. The rest period between repetitions should be 1- 3 mins and between series – 4 minutes.