This practice is designed to improve Anaerobic energy system which is responsible for short-duration, high intensity actions during a match. Therefore, players will develop their ability to produce high quality explosive bursts, which may be useful when applying pressure on the ball or doubling up to win the possession back. From the technical point of view, players involved in this practice also benefit from passing, movement off the ball and staying on the ball skills improvement.

Organise four 6 x 6 yards squares positioned next to each other. That should form two ‘channels’ at the beginning of each, two additional cones should be placed as shown on the diagram below. Those two cones will be starting positions of the defenders. Divide the team into four groups of three and two pairs of defenders. Each group of three players should occupy one of the squares and have one ball between them. Two pairs of defenders should be positioned at the starting cones. 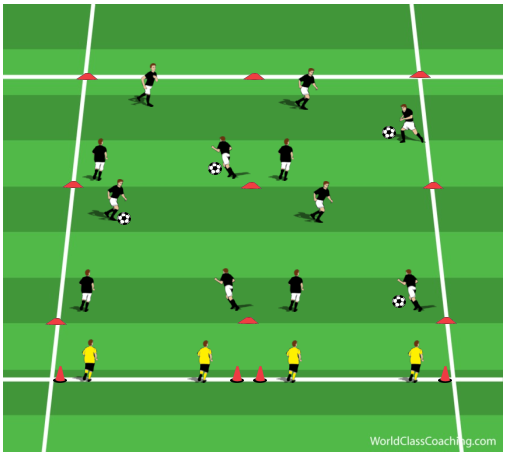 The practice starts with four groups starting to pass the ball in threes, changing positions and moving off the ball within their squares. The defenders are ready and waiting for the coach’s signal. 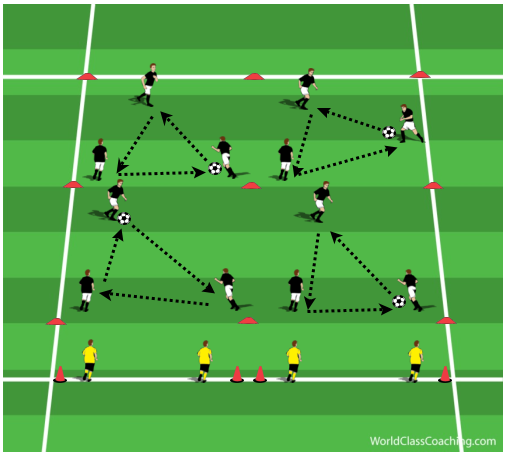 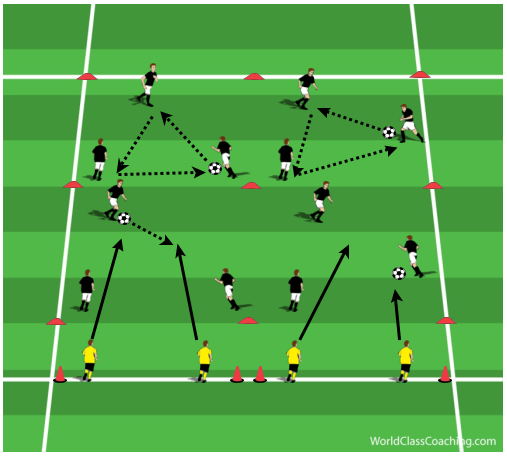 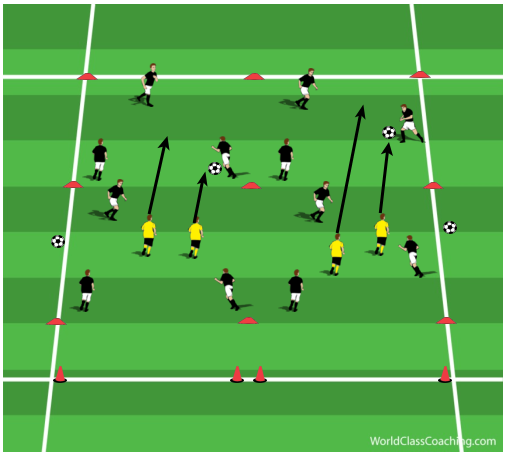 After getting the ball out of the both squares, defenders have to sprint back to their starting positions and flip the cone upside down. Whichever pair finishes doing that first, is considered a winner. 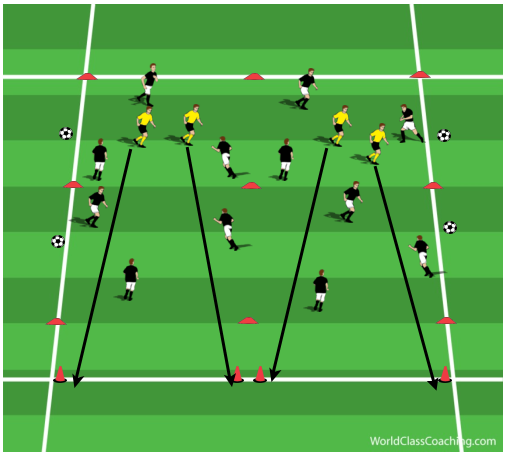 Each pair should make 4-6 repetitions in 1-2 series. The rest period between repetitions should be 1 minute and between series – 4 minutes (other players working).

Article (3v2 competition) is great but links to illustrations seemed to have broken!!

Can you fix please

Thank you so much . Nice drills .