Title: Combined strength in the 1v1.

Aim: To develop soccer-specific strength in the duel.

Organization: Mark an area measuring 12 yards by 8 yards with a mini goal post at both ends. A scoring zone is to be marked 2 yards from both ends. On one side of the area are 2 sets of three hurdles set in a line. The height of the hurdles vary but should not be too high in that it might cause injuries. The 2 sets of hurdles face each other approximately 5 yards apart. 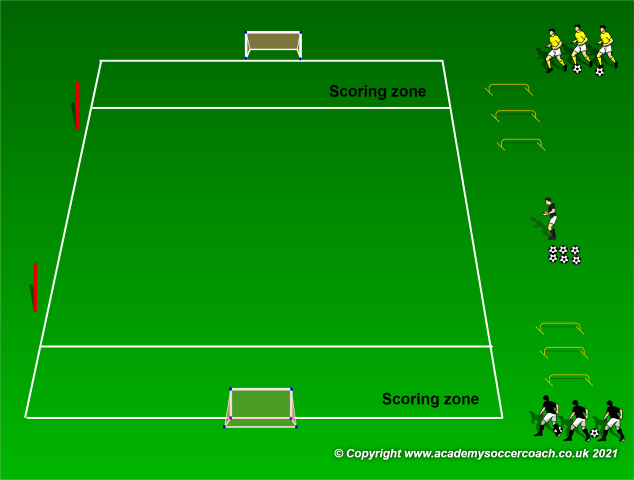 The exercise starts on the coach’s signal. A player from each group makes three consecutive two-footed jumps over the hurdles. This is not a race and it should be stressed out to the players as more important than the power generated through each jump we seek correct movement. 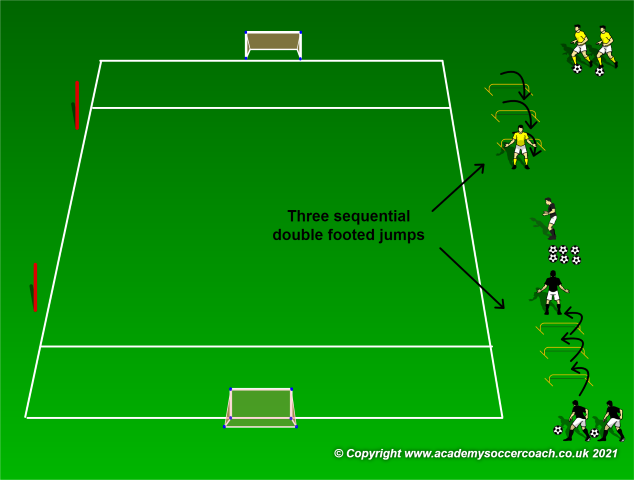 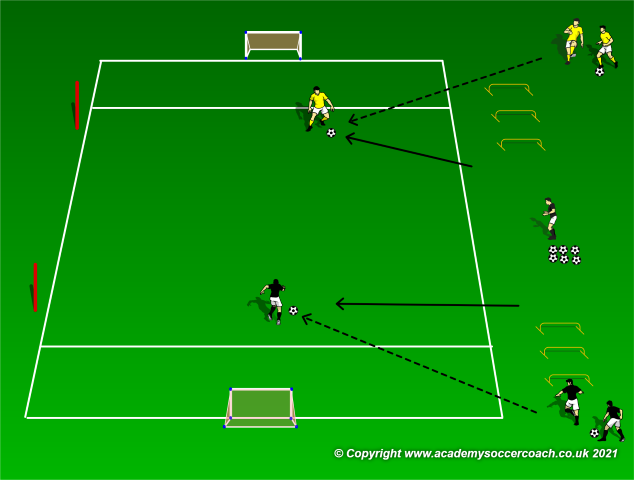 After controlling the ball the players should dribble towards and around their assigned pole before kicking the ball into the respective mini goalpost. 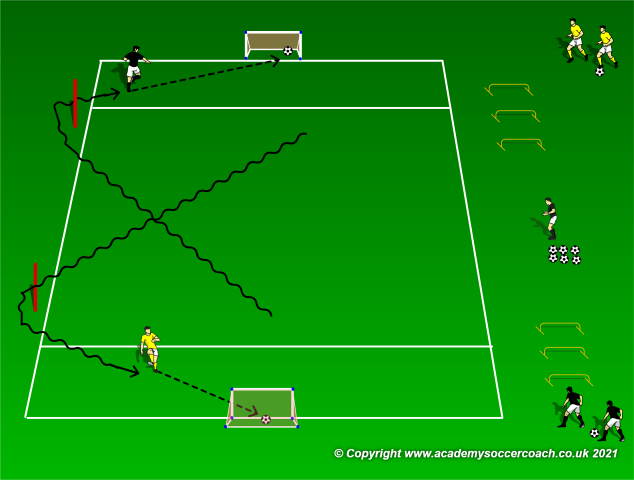 After kicking the ball into the mini goal post, the coach passes to any of the two players who play a 1v1 duel. The players can only score from inside their assigned scoring zone. The game is on until the ball goes out of play or a goal is scored.