Title: Strength in the duel – get unmarked in a 1v1.

Theme: Strength in the duel.

Technical: Quality of technical actions performed under heavy opposition pressure such as shielding the ball, passing the ball with accuracy, oriented first touch and shooting.

Tactical: Perform off-the-ball movements such as the counter-movement to get unmarked.

Mental: Play under opposition pressure whilst thinking of various moves to get into an advantageous position to get past the direct opponent.

Physical: Perform quick and rapid explosive movements while holding off the pressure put by the opponent to maintain the body in a state of equilibrium.

Organisation: A regular goal plus a goalkeeper guarding it and two mini goals on the opposite end line. The practice area measures 15 yards by 10 yards. We have a group of attackers and another of defenders. Each group should not have more than four players.

N.B. The training load should be adjusted according to the physical level and maturity of the players. Players should practice in positions and situations they typically experience during a match.

Periodization: The exercise should be carried out immediately after the warm-up when the players are fresh. The session should take place four days before a match (MD-4) and at least seventy two hours past the previous one (MD+3). 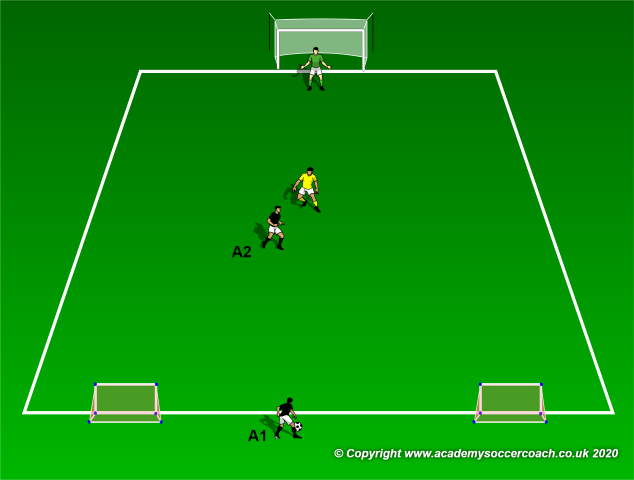 Attacker A1 starts with the ball at his feet. Attacker A2 must perform off-the-ball movements in order to get free from the defender’s marking. 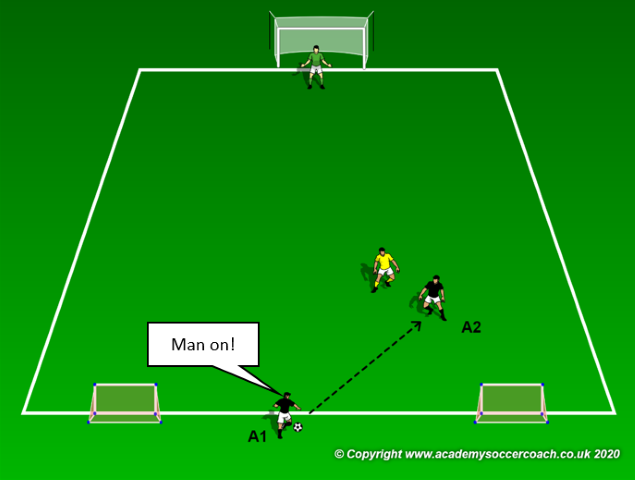 Attacker A1 passes the ball to attacker A2 once the latter gets enough space to receive the ball. Attacker A1 should also coach attacker A2 by calling “man-on” if the defender is putting pressure on him, or “turn” if space is allowed. 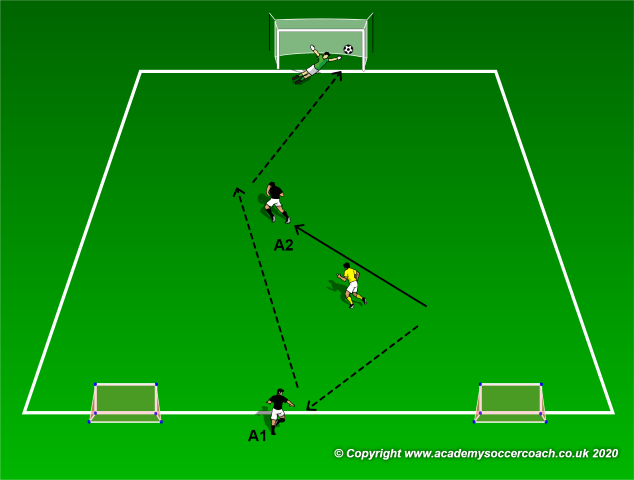 The ball may be played back to A1 while A2 attacks the space created behind the defender. After each repetition the three players rotate roles. 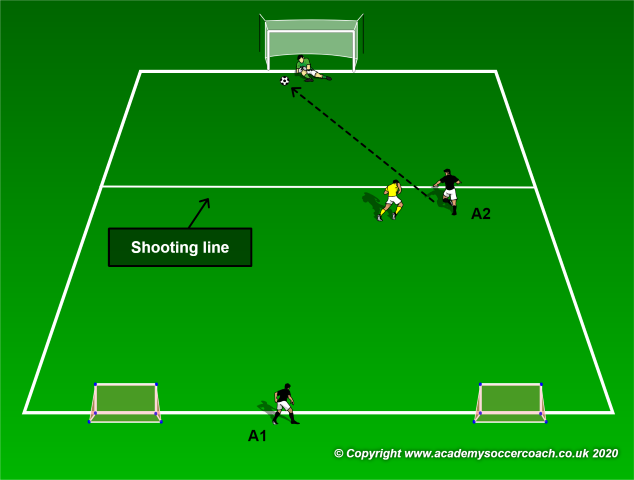 A shooting line can be introduced and which is marked 10 yards from the goal. This leaves an area measuring 10 yards by 10 yards where the 1v1 duel takes place. This is also more challenging for the attacker as he is forced to create the necessary space within a smaller area.