Theme: Strength endurance in the duel.

Development of the soccer domains:
Technical-tactical: Receiving with a good first touch, dribbling and controlling the ball under opposition pressure and finishing on goal with accuracy and power.
Mental: Maintain a positive mentality to dribble past the defender and conclude on goal.
Socio-psychological: Communicate with teammate (mostly non-verbal) where the ball should be passed and received.
Physical: Resist opposition pressure to conclude at goal while maintaining balance and quality of movements with the ball.

Organisation: The area of practice is the whole penalty area. The players are divided into three groups of which two are forwards (blacks) and the other defenders. All the players are positioned approximately ten yards in front of the penalty area as shown in the first diagram. A goalkeeper is in goal and forwards A1 and A2 both start with a ball. Forward A2 has a number of balls at his disposal as needed for the practice.

Description: The exercise is divided into three parts as described hereunder.
Part 1: Forward A1 dribbles forward while under pressure from the defender. Forward A1 can only score once inside the penalty area and by dribbling between the markers (diagram 2).

Part 2: When the first part is over, forward A1 receives a pass from A2 with his back to the goal while the defender applies pressure on him. Forward A1 must find a way to turn and conclude at goal (diagram 3).

Part 3: Upon completing the second part, forward A1 receives the ball from A2 and play a 1v1 against the goalkeeper (diagram 4).

Once these actions are all over, the forwards switch roles.

Periodization: This session should take place at least seventy two hours following the previous match (MD+3) and not less than seventy two hours prior to the last match. This applies only for those players who played a substantial amount of minutes in the previous match. Those who did not take part in the match or played just for a few minutes (duration depends on the intensity of the match), can perform this practice even the day after.

Targeted energy system: Accumulation of lactic acid may occur during the practice. This and the body’s ability to quickly remove a high amount of lactic acid during the rest periods depends on the level of soccer fitness of the players. 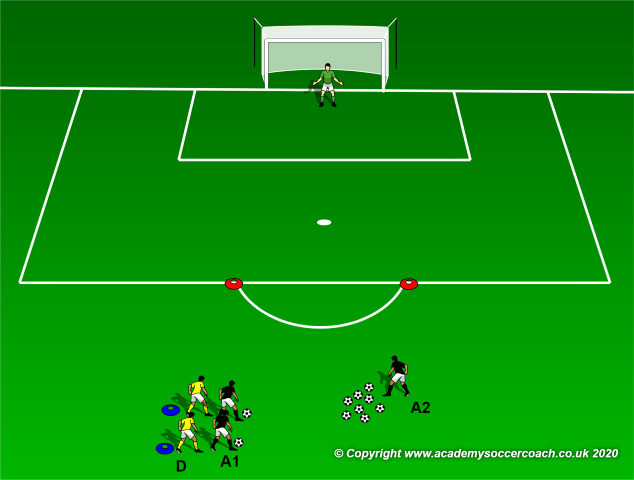 Diagram 1: The initial set up of the practice. 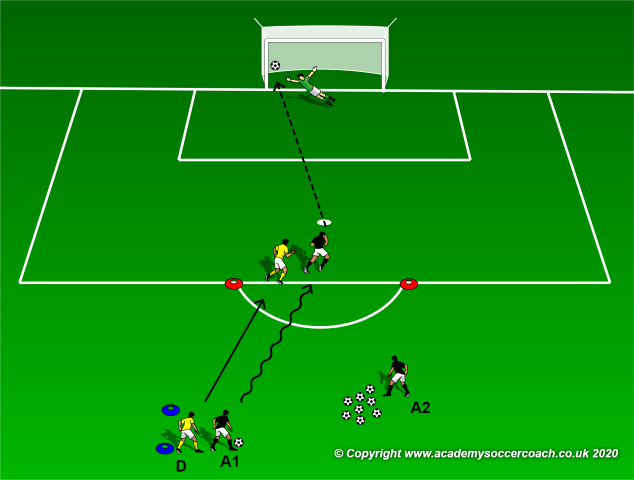 Diagram 2: Forward A1 dribbles forward to shoot at goal while under pressure. 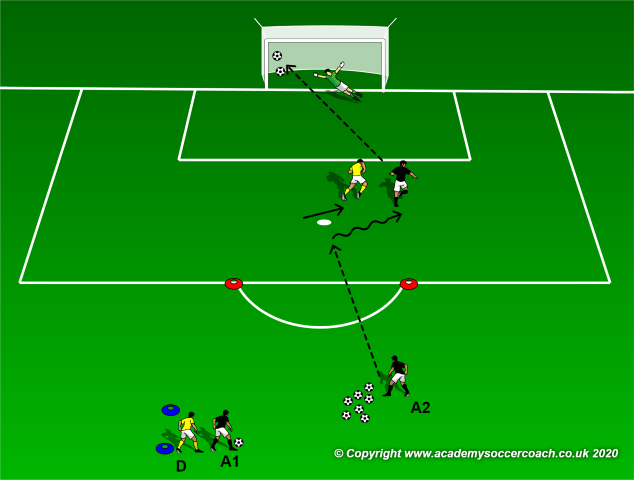 Diagram 3: Forward A1 receives the ball from A2 with his back to the goal. 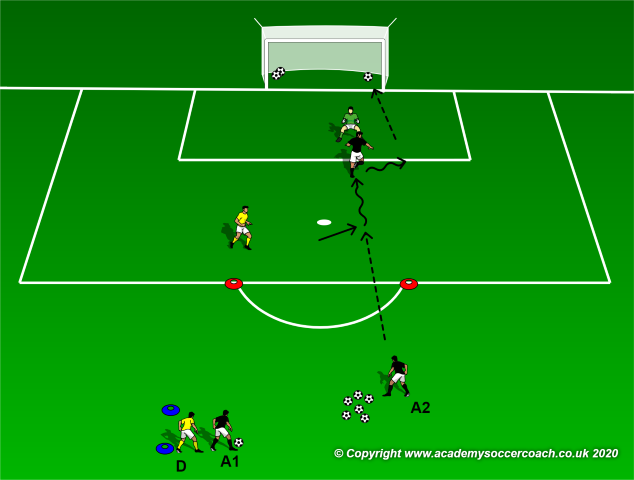 Diagram 4: Forward A1 receives the ball from A2 to play 1v1 against the goalkeeper.