Theme: Soccer speed with the ball.

Development of the soccer domains:
Technical-tactical: Run fast with the ball, keep control of the ball and accuracy in the shot.
Mental: Focus on finishing the attack even while under pressure from the defender.
Socio-psychological: N/A.
Physical: Quality of soccer sprinting actions while in control of the ball.

Organisation: Area measuring 12 yards plus an additional 3 yards scoring zone for a total of 15 yards in length measuring by 10 yards in width. At one end of the area two mini goals are positioned four yards from each other. The two players, the attacker and the defender start four yards apart with the attacker with a ball at his feet. After each repetition, the two players switch roles.

Description: At the attacker’s discretion he starts dribbling forward. The defender must quickly react to the movement by the attacker and immediately starts defending against him. The attacker is only allowed to score from inside the scoring zone. If the defender wins the ball, he scores by passing the ball in any of the two mini goals.

Training load: Two sets of four to six repetitions each. Rest between thirty and forty seconds between repetitions and for two minutes between sets.

Periodization: This session should take place 48 hours prior to the next match (MD-2). 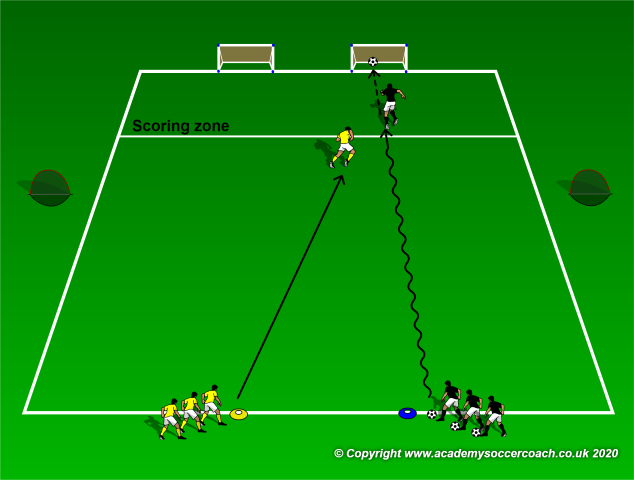 The attacker with the ball dribbles forward to score in any of the two mini goals. 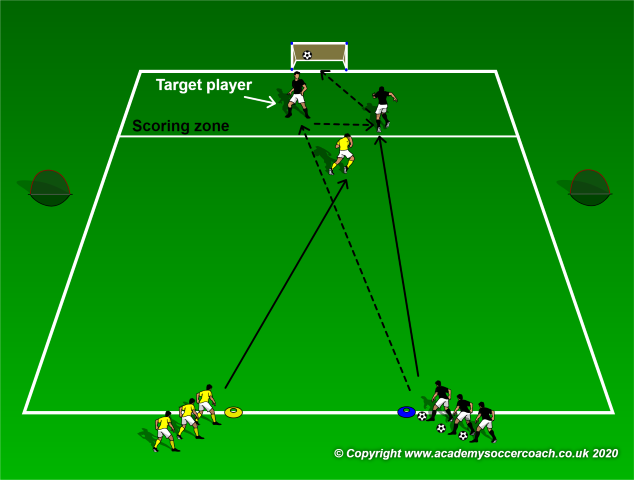 Progression 3: Playing the ball to the target player prior to finishing on goal. 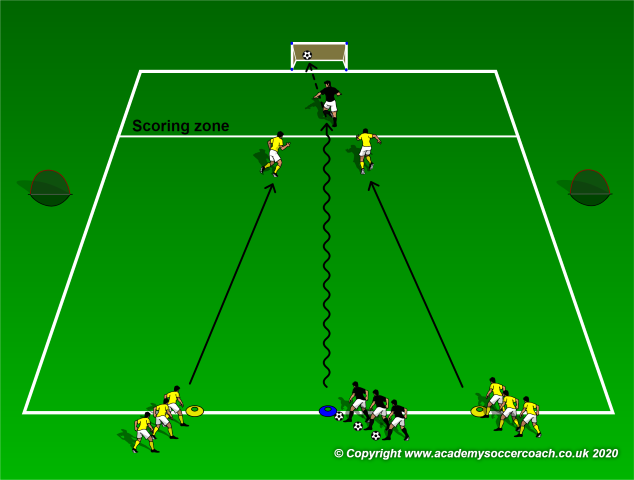 Progression 4: Dribbling at speed to score against two defenders. 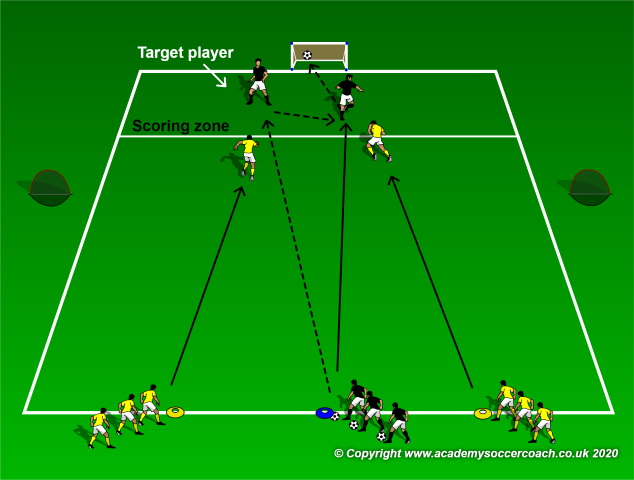 Progression 5: The attacker follows the forward pass while pressured by two defenders.