The following activity has individual players working on their soccer specific muscle strength. A two vs. two player session with two GK’s and sideline targets is played in a 28yd. x 23yd. area. One target player is placed for each team on the sidelines and is restricted to one touch play. This is a great activity to work on all moments of the game while working on soccer specific muscle strength actions and developing anaerobic capacity.

Additionally, it is beneficial to train a soccer team and its players with all the elements of the game being present in the session. By doing so, it will promote soccer specific adaptations to the player’s body, mind, and emotional triad. Ultimately, these adjustments will enhance their real-time game performances on a physical, emotional, conscious, and subconscious mental level. 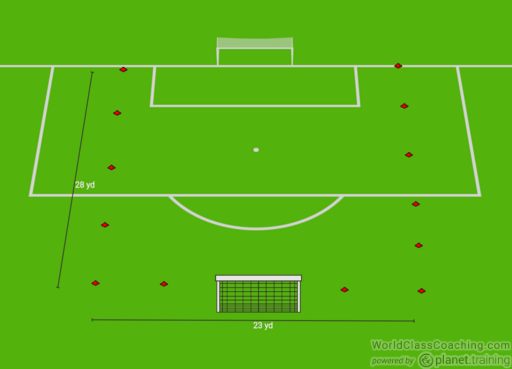 • Two vs. two players in the playing area with big goals.
• Two GK’s and one sideline target player for each team. 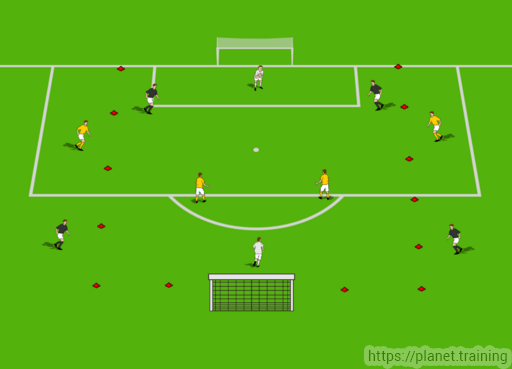 • Play for two minutes.
• Sideline target players play one touch and starting positions should be closer to their team’s goal.
• If players have a clear shot on goal, then they should execute it. 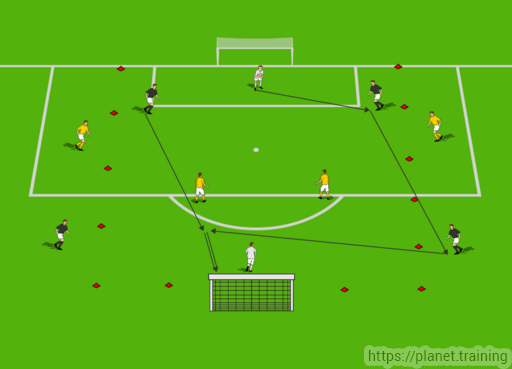 • After two minutes rotate sideline players to play inside and visa-versa.