Aim of the practice: The players will be aware of when and how to shield the ball to protect it, play with the head up and continuously assess their surroundings, and also to learn when to time to tackle to dispossess an opponent of the ball.

Number of players: Four groups of three to four players each.

Workload:  Continuous play for five minutes with continuous changes of players during the game. 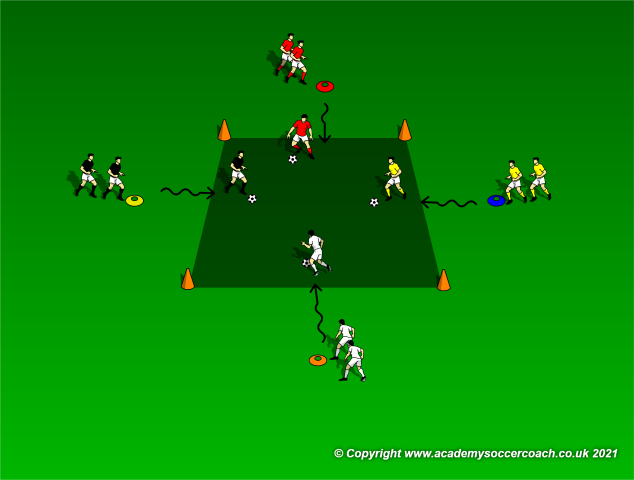 Four groups of players where each group is positioned three yards outside a side of the marked practice area.  The first player in line of each group dribbles the ball into the practice area. 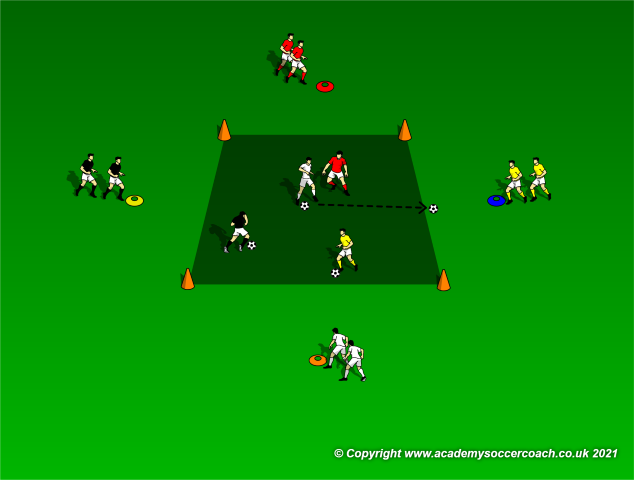 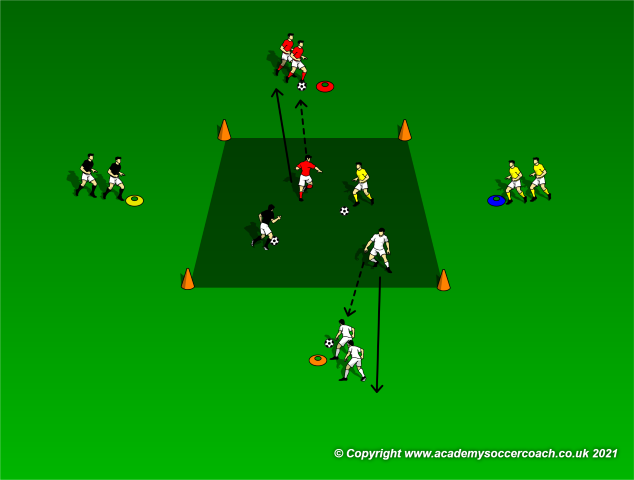 Both the players who kicked the opponent’s ball out of the practice area and the player who had her ball kicked out swap places with the next player in line in their group.  This eliminates the risk of having one player staying all the time inside with the ball with her teammates being static for the majority of the practice time.

Should the players remain for more than thirty seconds inside, the coach may shout the letter, number, color, etc of their group to switch with the player next in line.  We can also have a rule that if a player stays standing inside without doing anything for thirty seconds or more has a point reduced for her team. 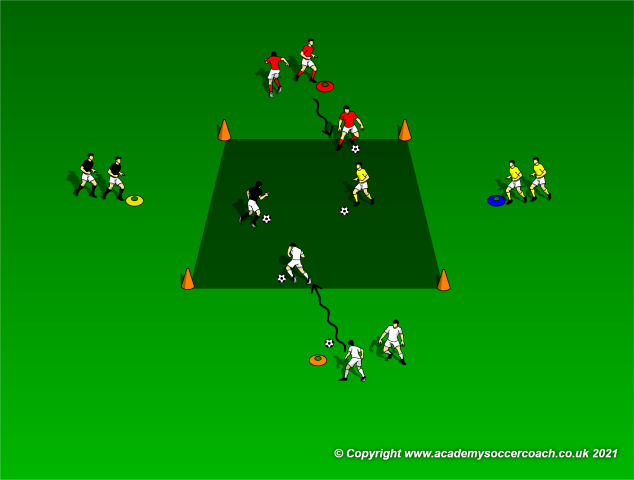 The players next in line of both groups dribble the ball to join the other two competitors.