Development of the soccer domains:
Technical: Passing, dribbling, running with the ball and shooting.
Tactical: Attacking in a numerical superiority and defending in a numerical advantage.
Socio-psychological: Concentration, composure, quick decision-making, communication and collaboration.
Physical: Quick recovery between soccer actions.

Description: The two attackers (blacks) start either by passing the ball or dribble forward against the single defender. After the attack is over, teams switch roles and two players for the yellow team come into play, one of them with a ball. Now the yellows attack the blacks in a 3v2 with a numerical advantage in their favour. Scoring can only occur from inside the attacking half of the practice area. The offside rule is in effect from inside the attacking half for both the 2v1 and the 3v2 situations. If the defenders win the ball a quick transition occurs with the aim of scoring. Teams change positions after each series. Furthermore, after each attack the players from each team change their position. In this case the yellow team players will move one position to their right.

Training load: This obviously depends on the conditioning level of the players at your availability. However in this article we will go with the example of having four series of three minutes each with a two minute active rest in between (4 x 3’ – 2’ rest).

Periodization: This practice should be carried out on the endurance day which should not be less than 72 hours following the previous match (MD+3) and at least 72 hours prior to the next one (MD-3). This applies to the players who have played for more than 60 minutes (depending on the intensity of the match) in the last match. The players who did not play or played just a small part, can perform this session even in the day following the match.

Training considerations: This practice should be carried out at the end of a training session as we are working on endurance. Furthermore, technical-tactical training should be done at the beginning as this requires the players to be fresh. 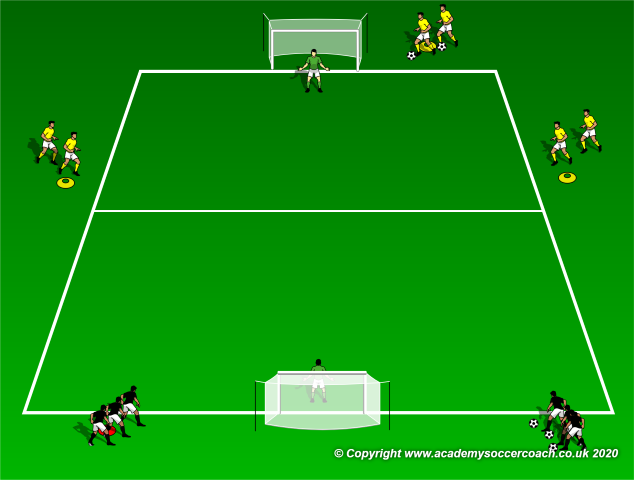 The setup of the exercise. The black team starts the attack. 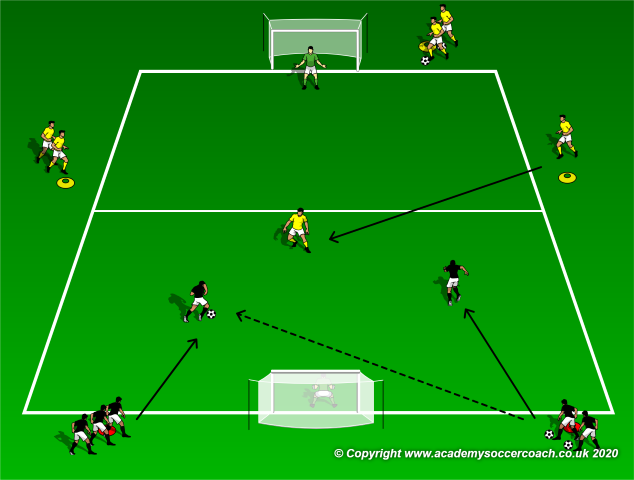 The black team starts in a 2v1 attack situation against the yellows. 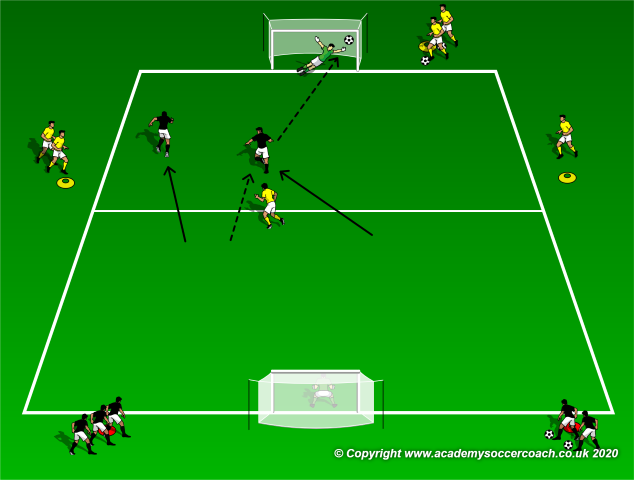 The attack is concluded from inside the black team’s attacking half. 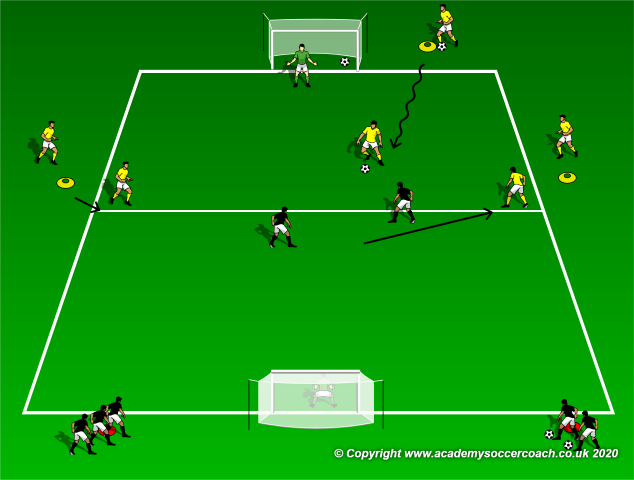 Immediately as the attack is over, the yellow team starts to attack in the opposite direction in a 3v2 situation. 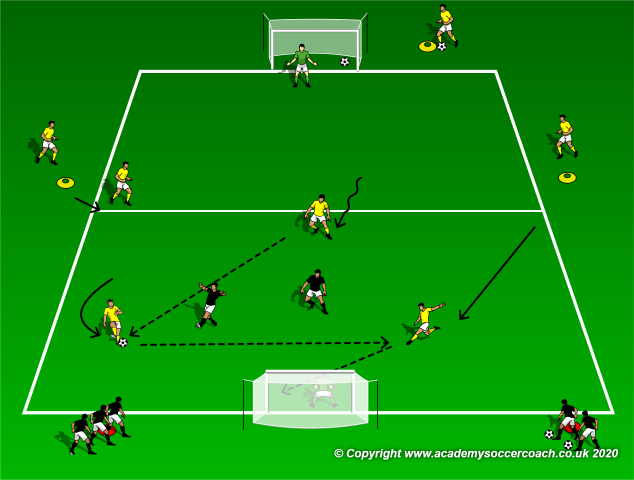