Development of the soccer domains:
Technical: Receiving and passing the ball with accuracy.

Organisation: Area measuring 5 yards x 5 yards. A player with a ball is positioned at each corner of the grid. Two mini goals are positioned facing each other. Corners are marked differently from each other using markers. The player to perform the agility exercise should start from the middle of the area.

Training load:
Sets: 1.
Repetitions: 4 to 6.
Duration each repetition: 8 to 10 seconds.
Recovery between repetitions: Between 80 and 100 seconds (approximate work to rest ratio of 1:10).

Periodization: The exercise should be carried out immediately after the warm-up when the players are fresh. The session should take place approximately 24 hours before a match (MD-1) as an activation.

Training considerations: Perform only four quick changes of direction so to keep the duration of each repetition low. The intensity should however be high throughout the exercise, sets and repetitions. Keep with the recommended work to rest ratio and the total number of repetitions as we don’t want any accumulation of fatigue a day before the match. 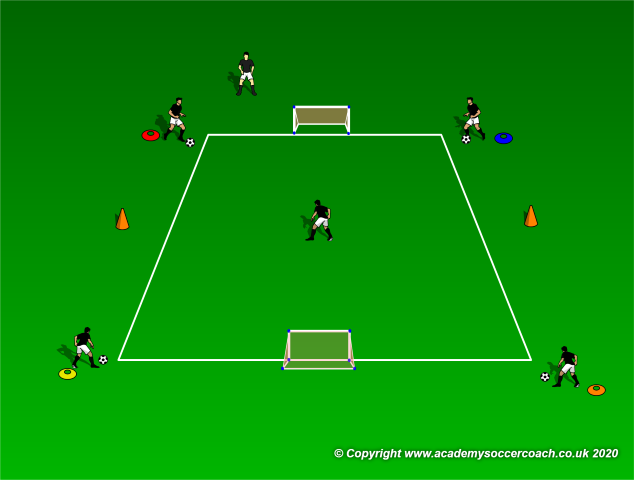 The coach at the top of the diagram shouts or shows a color using a marker. 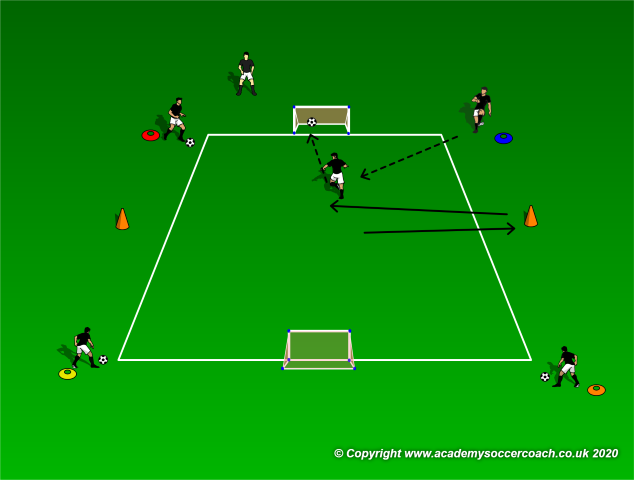 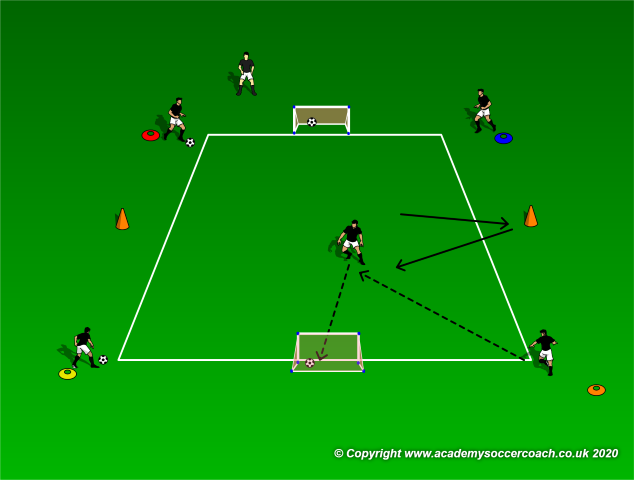 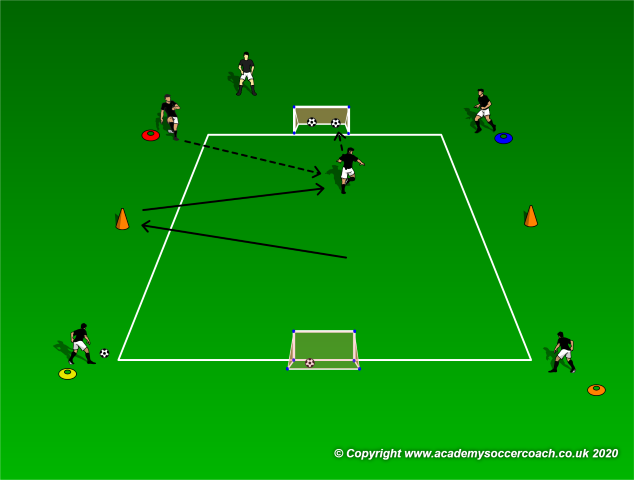 Immediately the coach calls “red” and the player in the middle sprints to touch the cone positioned on the same side as the player at the red corner prior to receiving the ball and finishing on the mini goal. 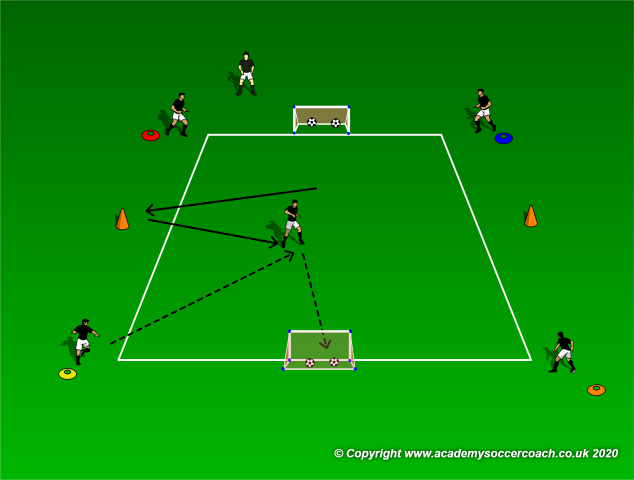 The same as the above sequences is done for the last ball received from the player situated at the yellow corner. 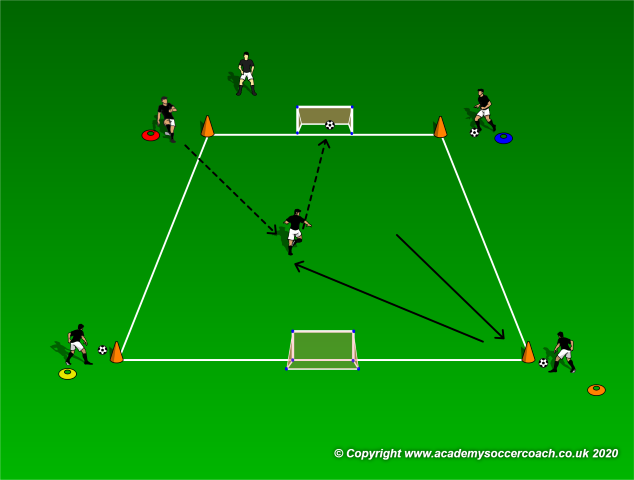 Progression 3 – The player in the middle must touch the cone opposite the colour called, then turn to receive the ball from the player standing at the called corner (previous image).

Note about the exercise:
Personally I prefer working using visual stimuli as these are the stimuli that the players will have to process the most during the course of a game.