Technical: Receiving, passing, dribbling, shooting, tackling, and blocking shots and goalkeeping.
Tactical: Defend aggressively inside the penalty area. Movement on and off-the-ball to create space to conclude at goal from inside the penalty area. Immediate transitions.
Mental: Anticipate quickly the movement of the opponent to be first on the ball. React quickly to moments of transitions.
Physical: Maintain a high intensity work rate while delaying the accumulation of fatigue.

Organisation: Area measuring 25 yards in length x 20 yards in width. A goalkeeper in goal with the goalkeeper coach behind him (if present) and another goalkeeper outside the goal ready to take her turn. Three defenders start inside the area. Groups of three players each outside the area as shown in the diagram hereunder. A number of balls should be available so if the ball goes out of playing bounds a new ball is put into play.

Periodization: The exercise should be carried out at least 72 hours prior to the next match (MD-3) and allow at least another 72 hours following the previous match.

Targeted energy system: Anaerobic lactic (delay the accumulation of lactate by having the body recover at a high rate between bouts of intense physical activity).

Training considerations: Ensure that the players are properly warmed up prior to commencing this activity. Group the players according to their position. For example the defence unit, the midfield unit and the forward unit. 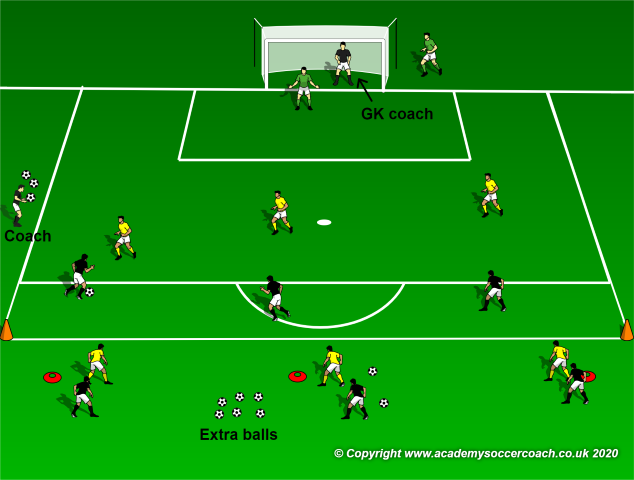 Three attackers start against three defenders plus a goalkeeper in goal. To allow the defenders time to recover, especially in moments of transition, the attackers may only score from inside the penalty area. 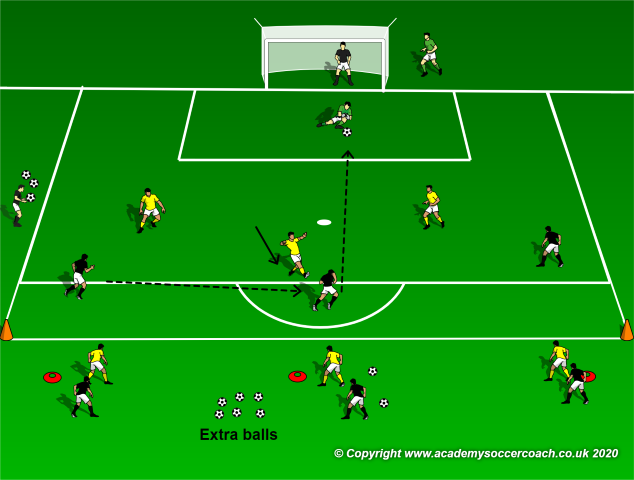 The actions are highly intensive and not only from a physical perspective but also from the mental. 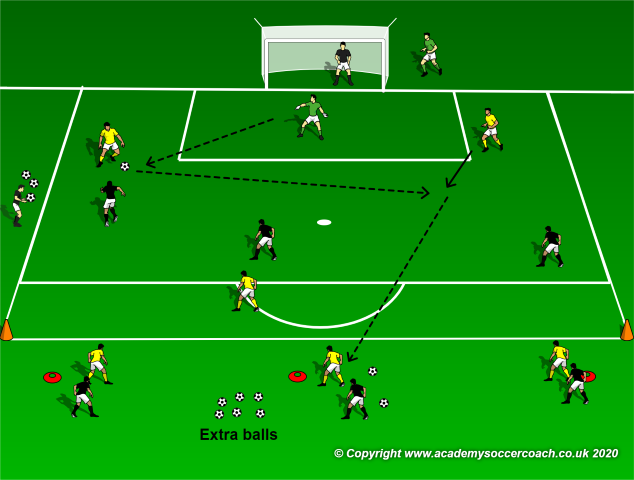 If the goalkeeper makes the safe he can play it directly to the target players waiting outside the penalty area (yellows who are next in line to attack) or pass it to the defenders whose aim is to pass it to their teammates waiting to attack. 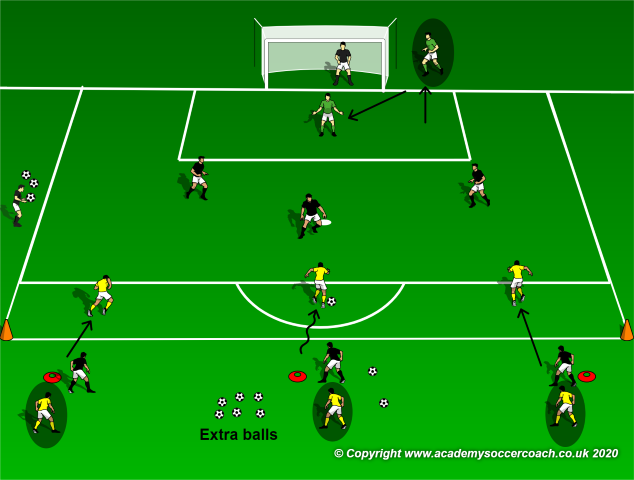 On transition, the previously attacking team (blacks) now defend while the previously defending team rests (circled). The goalkeepers switch after every attack or after a number of pre-established attacks. 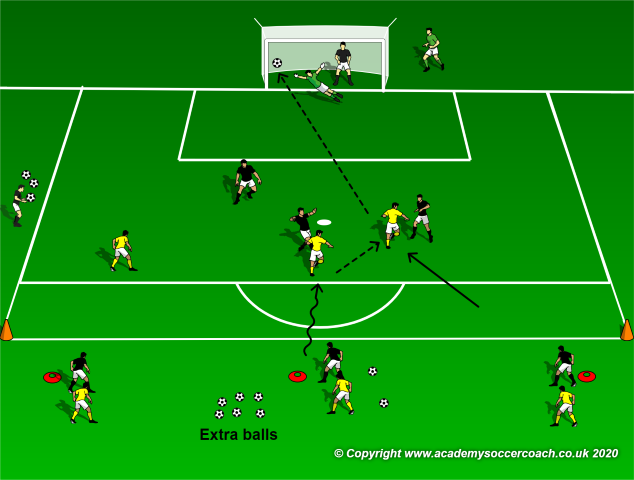 The attacking team (yellows) score. They have to transition immediately to defend. If their shot went wide, they would still transition to defend. 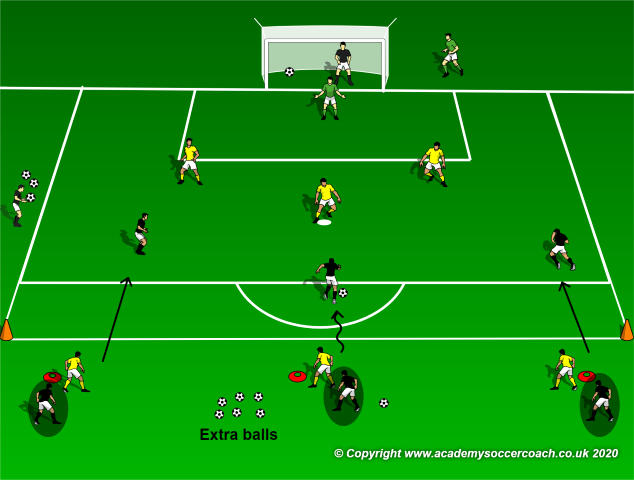