This practice has multiple challenges in all facets of the game. Firstly, from the conditioning point of view, it develops explosiveness and power. That is especially required when breaking through defences and around the opposition penalty box. From the technical perspective, it includes elements of passing, combination play as well as finishing. It also challenges players’ decision making on when to speed up play and try to score. Having an end product (shot on goal) makes it engaging and enjoyable for players. The practice is designed for intermediate and advanced players.

Organise a 20 x 30 yards rectangle. Place two goals on the opposite ends, 15 yards away from the playing area. Divide the players into three teams of three. Two teams are positioned in the middle of the playing area and compete against each other. Third team is neutral, two players from that team are outside the area and one in the middle as shown on the diagram below. The neutral team plays with whichever team is in possession. Prepare a sufficient supply of balls. 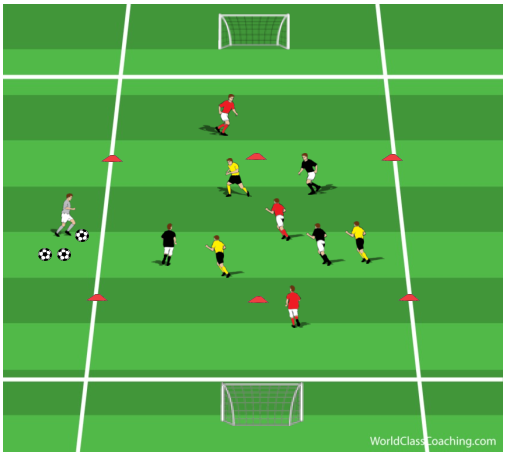 The practice starts from the coach playing the ball to one of the attacking teams (not neutral). Which team starts with the ball can be adapted to the group needs and objectives of the session. 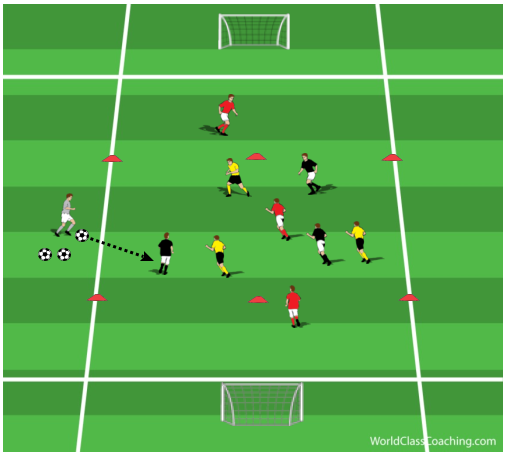 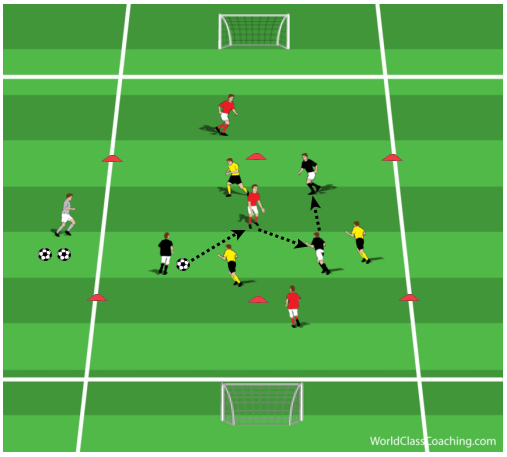 After the team makes three passes, they can play to any of the outside neutral players and break through to finish on goal. Minimum two players have to break through out of the square. The player that played the ball to the neutral player can’t be the one that finishes (forces third man run). The defending team can send out as many players as they want to stop the other team scoring. After the shot is made the practice is restarted from the coach playing the ball to the second team. 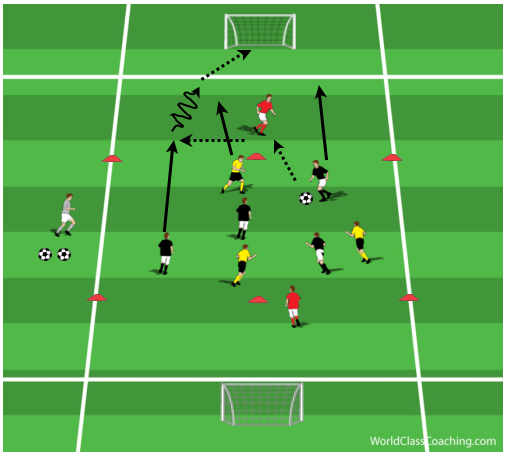 Both teams compete to ‘break’ 10 times. Every ‘break’ should last no longer than 3 seconds. That should be repeated in 2-4 series with 4 minutes break in between them.