Aim:  To develop the players’ ability to perform many quality soccer actions per minute.

Introduction:  The following practice develops the players’ ability to perform many soccer actions per minute but also for them to quickly adapt and adjust their position according to the needs of the team in a specific situation.  The communication channels between the players, both verbal and visual will be overloaded.  The below training load is just an example.  The training load should be adjusted according to the physical conditioning level of the players.  It should also be taken into consideration the load of the session as a whole, this exercise and the rest of the training session.  This exercise should not be carried out in less than seventy two hours following a match, as the body needs to be adequately recovered from the metabolic stress, and in not less than seventy two hours prior to the next match as we require that our players will be totally fresh.

Area of practice: A square with the sides measuring 25 to 30 yards.

Duration for each repetition: 4 to 6 minutes.

Rest between repetitions: 2 to 3 minutes.

Rest between sets: 3 to 5 minutes.

N.B.  During the practice the team positioned on the perimeter will be actively recovering.

Description:  We will go through this exercise a step at a time with the guidance of the respectives diagrams.

Below is the setup of the pitch.  Each side is marked in a different color using markers.  A number of balls are positioned beyond each side to allow for a better flow of the session.  Two mini goal posts are positioned on each side. 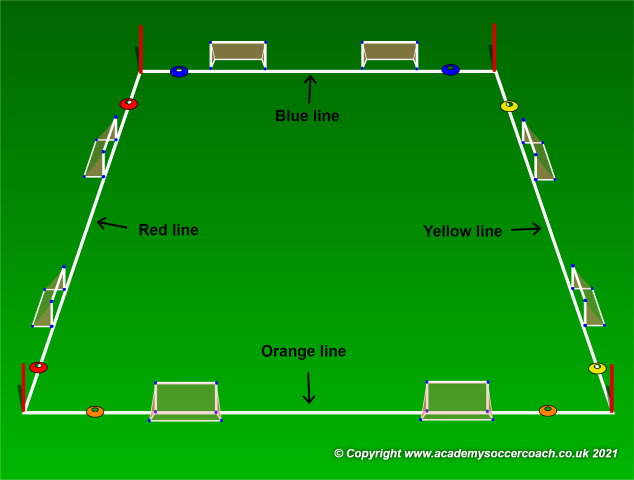 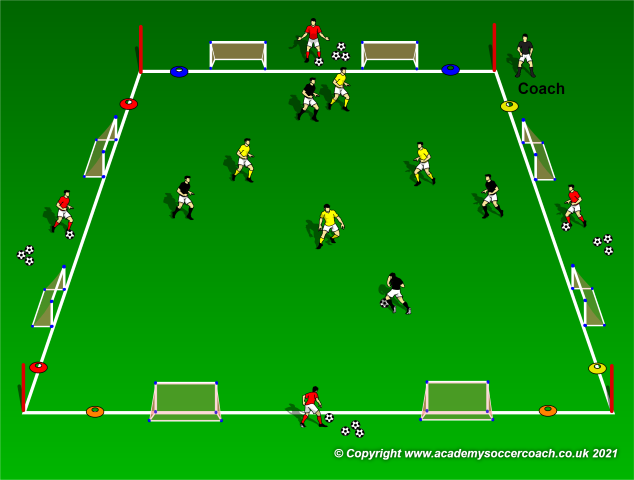 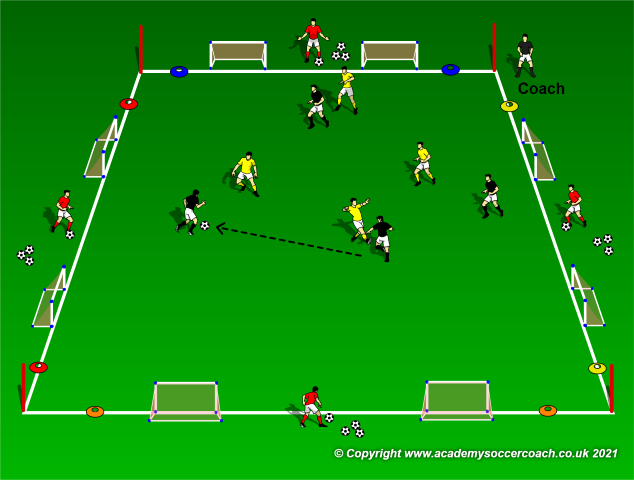 We can have the red players not participating in play so to overload further the players and play 4v4.  In this case we should play with a shorter duration for each repetition. 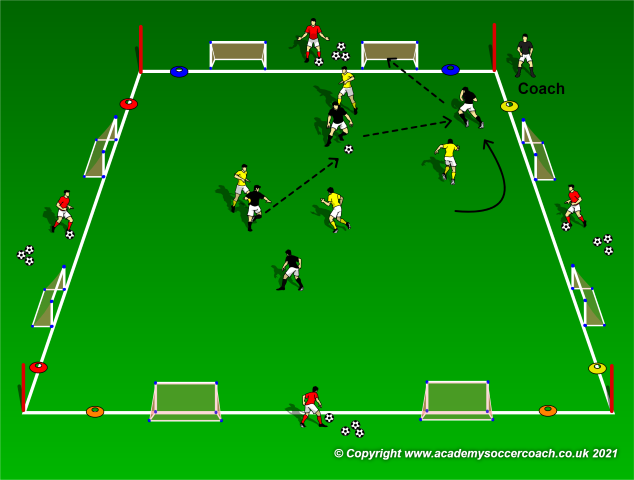 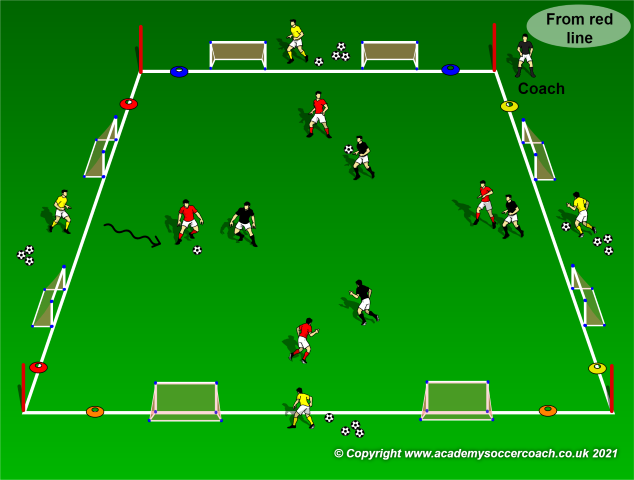