Team In Team Out Continuous Play

Workload:  Continuous play for eight minutes with a rest period of three minutes in between series.  Play three of four series depending on the level of the soccer fitness of your players.

Two groups start playing against each other as in a normal game.   Each group/team attacks one goalpost and defends the opposite.  A goalkeeper is assigned to each team.  The third team act as neutrals and are positioned on the side lines as shown in the diagram below.  When one of the two teams score, they retain the ball and immediately counter on the opposite goalpost.  In the meantime the team who were neutral must immediately switch roles with the team that conceded the goal. 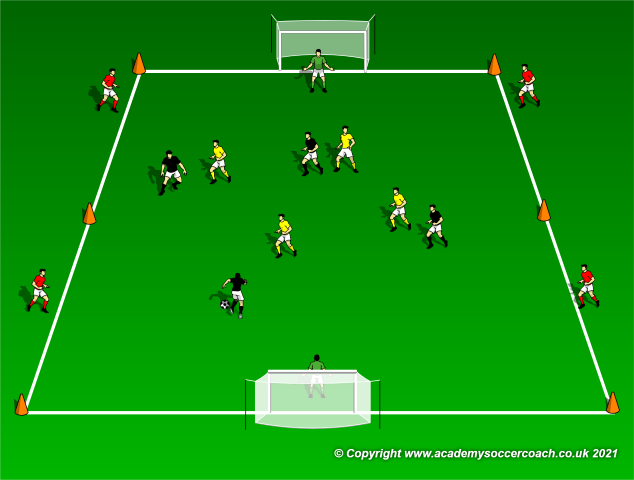 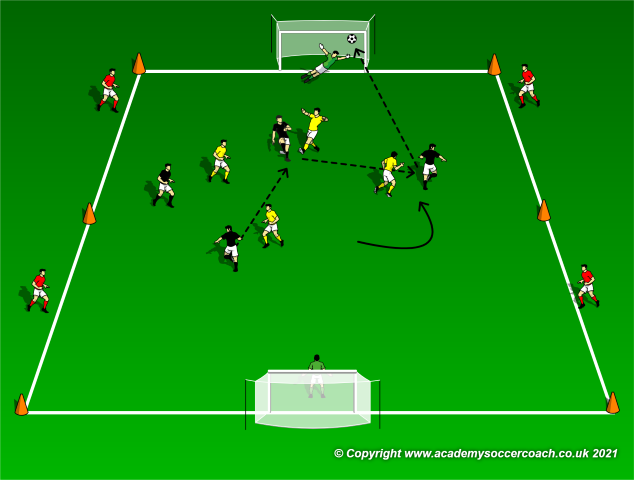 One of the team scores and retains possession of the ball.  Immediately the team who suffered the goal switch places with the team who is actively recovering by acting as neutrals on the side lines. 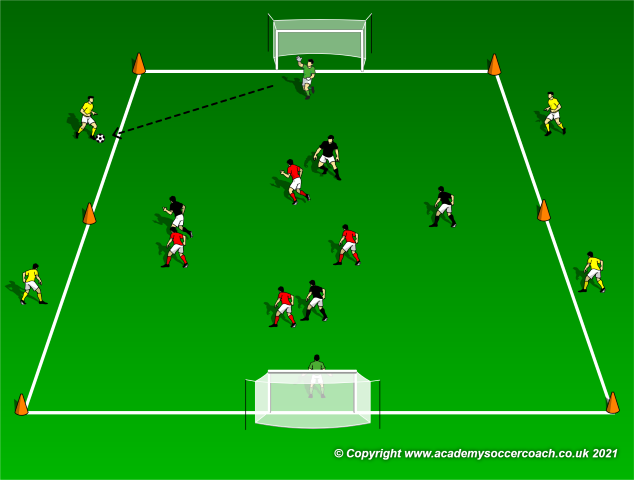 The team that scored attacks in the opposite direction.  All the players must quickly react to the change of the situation by adapting their position on the field of play accordingly.