The following activity has a playing area where a Center Midfielder (CM) will play against three defenders and 4 teammates positioned on each sideline. The CM will be working to adapt their anaerobic capacity through phases of intermittent endurance by being in constant movement for a minute at a time. The grid will be 18 x 18 and may be modified to the coach’s convenience. To start, a CM will be located on the inside of the grid along with four teammates located on each sideline. Three defenders will then be added. Once inside, the CM and teammates will keep possession by circulating the ball and combining. When the defending team retains possession of the ball it is restarted with the attacking team as quick as possible. Once the 1-minute repetition is complete, switch the CM player with another midfield player.

Additionally, it is beneficial to train a soccer team and its players with all the elements of the game is present in the session. By doing so, it will promote soccer specific adaptations to the player’s body, mind, and emotional triad. Ultimately, these adjustments will enhance their real-time game performances on a physical, emotional, conscious, and subconscious mental level. 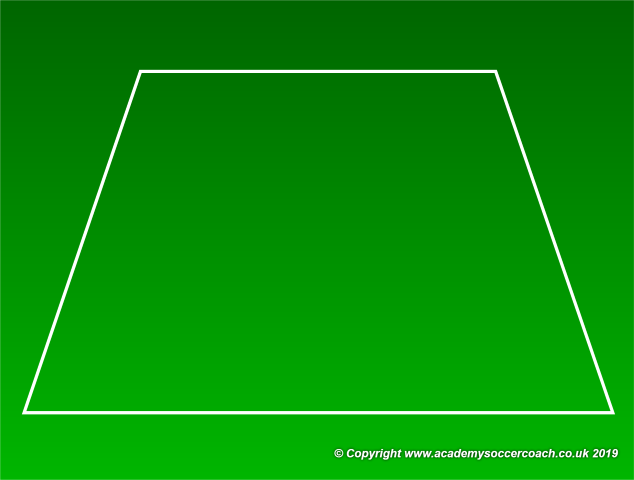 • Create a team five and one team of three.
• From the team of five, locate four players on each sideline and one CM in the middle. 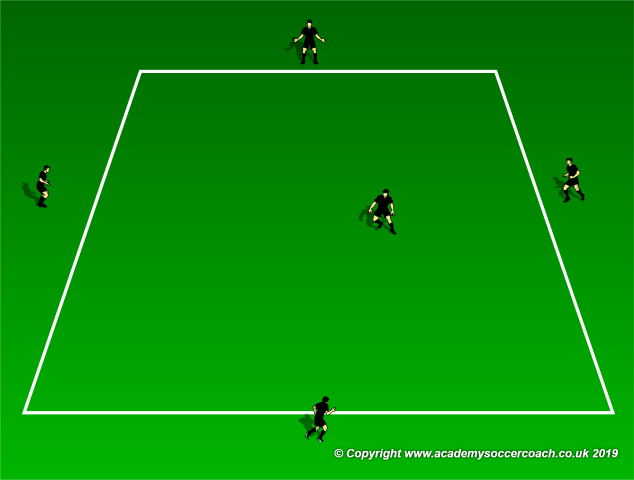 • Team of three, place three defenders in the middle. 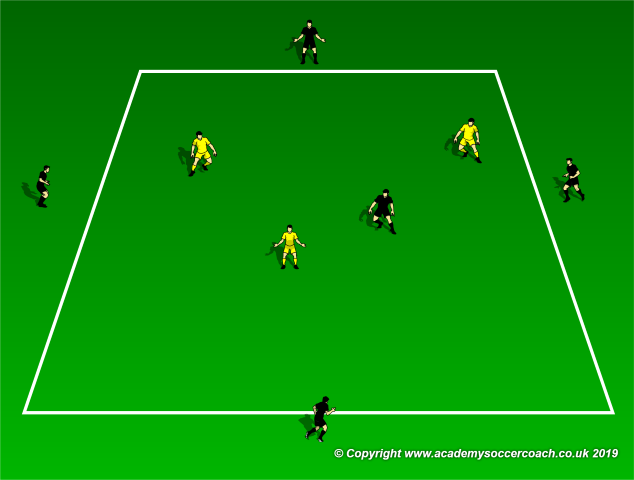 • On whistle, give ball to the attacking team. The team in possession plays a 5 vs. 3 with sideline restrictions. 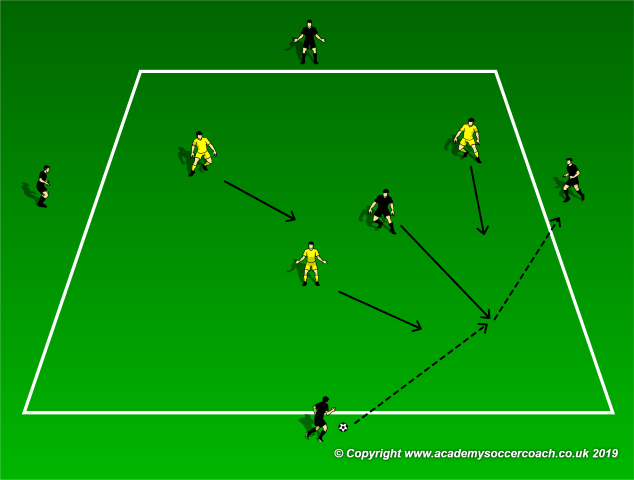 • On a turnover, the defending gives possession back.
• This will last for 1 minute. 10 seconds in between reps and quickly begin again.

Activity Progression:
• Play a one touch with the outside player and two touch on the inside restriction.
• One touch everywhere.

Coach Anthony is a USSF “A” licensed coach with an M.S. in Sports Training and Nutrition and a B.S. in Physical Education. Currently, he is an Assistant and Sports Performance coach with the Miami FC. He has previous European youth academy coaching experience as a soccer fitness and strength/conditioning assistant coach with Levante U.D. and Getafe SAD in Valencia and Madrid, Spain.