The attacker should attempt to attack the goal at speed while using fakes to fend off the defender.

The defender should get between the goal and the player with the ball and force him/her wide into a narrow angle.

On the positive transition the player who recovered the ball should immediately explode into the space in front of her to attack the defender’s goal and not to give her the opportunity to recover. 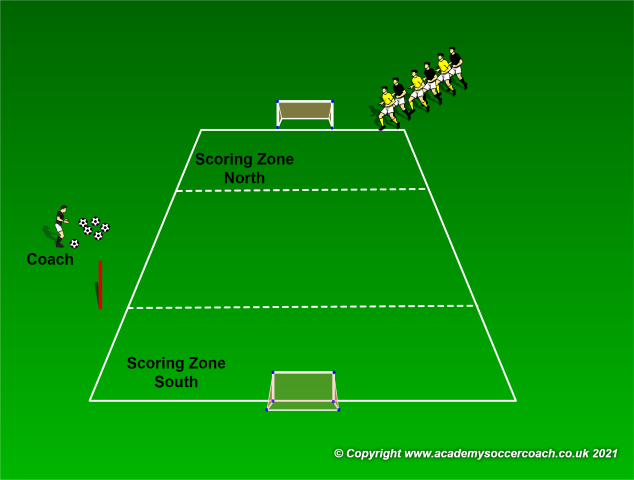 The players are organized in a line as shown in the image above.

The first player in line sprints to touch the pole positioned just outside the area. 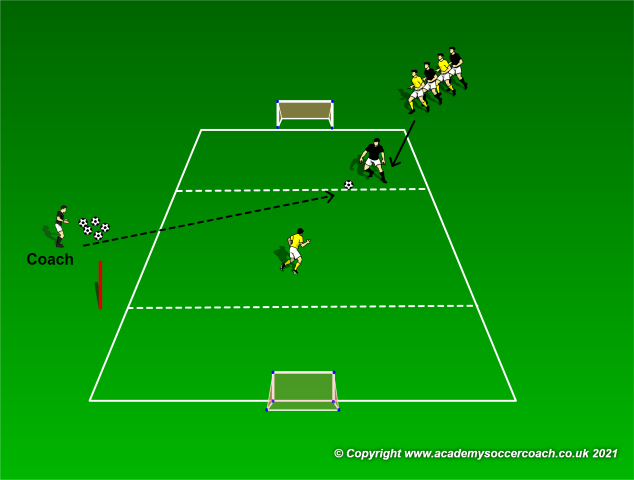 Immediately the coach passes a ball to an attacker who aims to get past the defender and score in the mini goal post. 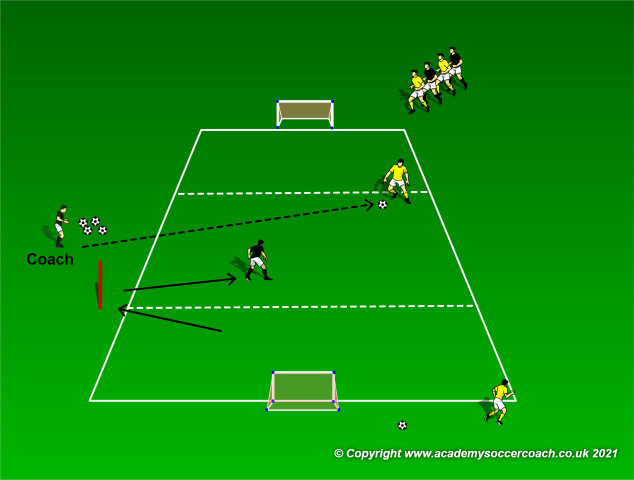 When the action is over the player who previously attacked the south goal, sprints to touch the pole to then defend the same goal against a new opponent.  The defender aims to recover the ball and counter attacks on the north goal.